MISS Advantages What is Minimally
Invasive Spine Surgery Difference
from Traditional Surgery Am I a candidate? MISS and Herniated Discs Laser Spine Surgery? 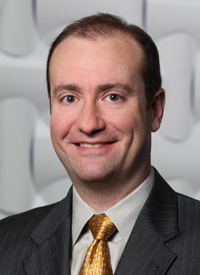 Since 1999, Dr. Roger H. Frankel has devoted his career to patients needing basic and complex neurosurgical care. For over a decade, his dedication to his profession has made him one of the most experienced brain and spine surgeons in this highly demanding field. However, his academic and research accomplishments are only a part of what makes Dr. Frankel a renowned surgeon. The other part is his compassion for his patients. Dr. Frankel is committed to achieving the best outcome for each patient based on their individual needs.

Dr. Frankel has been a pioneer in clinical research on spinal implants at Piedmont Hospital and has been involved with clinical research at the Shepherd Center in treatments for spinal cord injury. He has studied the use of dynamic stabilization devices, disc replacement technologies and minimally invasive techniques for the advancement of better surgical solutions for his patients. In addition, he has researched and published his findings on brain tumors, pituitary disorders, surgical treatment of AVM’s.

Dr. Frankel is highly respected by his peers because they know he always chooses the right path for his patients. He currently serves as Medical Director of the Piedmont Spine Center. In January 2008, his peers elected him as Chairman of Piedmont Hospital’s Department of Neuroscience. He also serves on the Piedmont Hospital’s Operating Room Governance Board and the Stroke Committee at Piedmont Hospital. In 2011 he was named Medical director of Neurosurgical Services at the Shepherd Center, a U.S. News & World Report Best Hospital for the rehabilitation of patients suffering from spinal cord injuries and brain injuries.

Dr. Frankel has been honored by being listed in America's Top Doctors and U.S. News & World Reports Best Doctors since 2011. He was also was named as an Atlanta Magazine Best Doctor in 2011.

He lives in Atlanta with his wife and daughters. He enjoys running, exploring the city for interesting culinary experiences, as well as spending time with his family.